St Mary’s Old Amersham dates from around 1140 A.D. though the site has been a holy one for much longer, as it stands where Roman Road crosses the little River Misbourne. The missionary monks of St Augustine, St Birinus and indeed earlier evangelist Bishops would baptise their converts at just such a location.

As the town expanded during the middle ages, the church was extended, widened and heightened, much work being done in the C14 and C15, when the building came to look much as it does today.

In the early C16, King Henry the 8th sanctioned the persecution of the Lollards, early Protestants, and a number of unrepentant townspeople, now known as the Amersham Martyrs were burned on the hill overlooking the town.

Important visitors include John Knox, who preached his last sermon here before fleeing abroad from the wrath of Queen Mary, Oliver Cromwell, who parked his wife for safe keeping at Woodrow High House, just outside the town, Richard Baxter, the Puritan Divine who described a ‘disputation’ with Parliamentary soldiers during the Civil War, and William Penn, walked over from Penn Village to court his second wife Guilemina Springett, then resident at a farmhouse in the town, before going off with her to found Pennsylvania!

In about 1620, the Drake family (distant cousins of Vice-Admiral Sir Francis Drake) bought the town and its estates. They remain patrons of the Parish to this day, many of their younger sons serving as Rector over the centuries. In 1870, Rector Edward Drake persuaded his brother the Squire to reorder and restore St Mary’s to something like its mediaeval interior layout. It was also at this point that the church was clad in flint. The Drake Chapel, containing many memorials to the family is one of the finest examples of its kind in the county, second only to that of the Dukes of Bedford in Chenies Church. It is open on Sunday mornings after the 10.15am service, or by appointment via the Parish Office

In the C20 the building was further restored and re-pewed, and is in very good order, much in demand by the local community not only for worship, but for concerts and arts occasions of all kinds.

Parking
The closest car park to the church is Amersham Old Town (Dovecot Meadow) Car Park, Amersham HP7 0HL. This is free of charge after 6pm.

Trains
Amersham is just 35 minutes from London Marylebone Station on Chiltern Railways. It’s also on the Metropolitan line, connecting it to Harrow, Baker Street, Euston, Kings Cross and Liverpool Street stations, and is in zone 9. The church is just under a mile from the station. 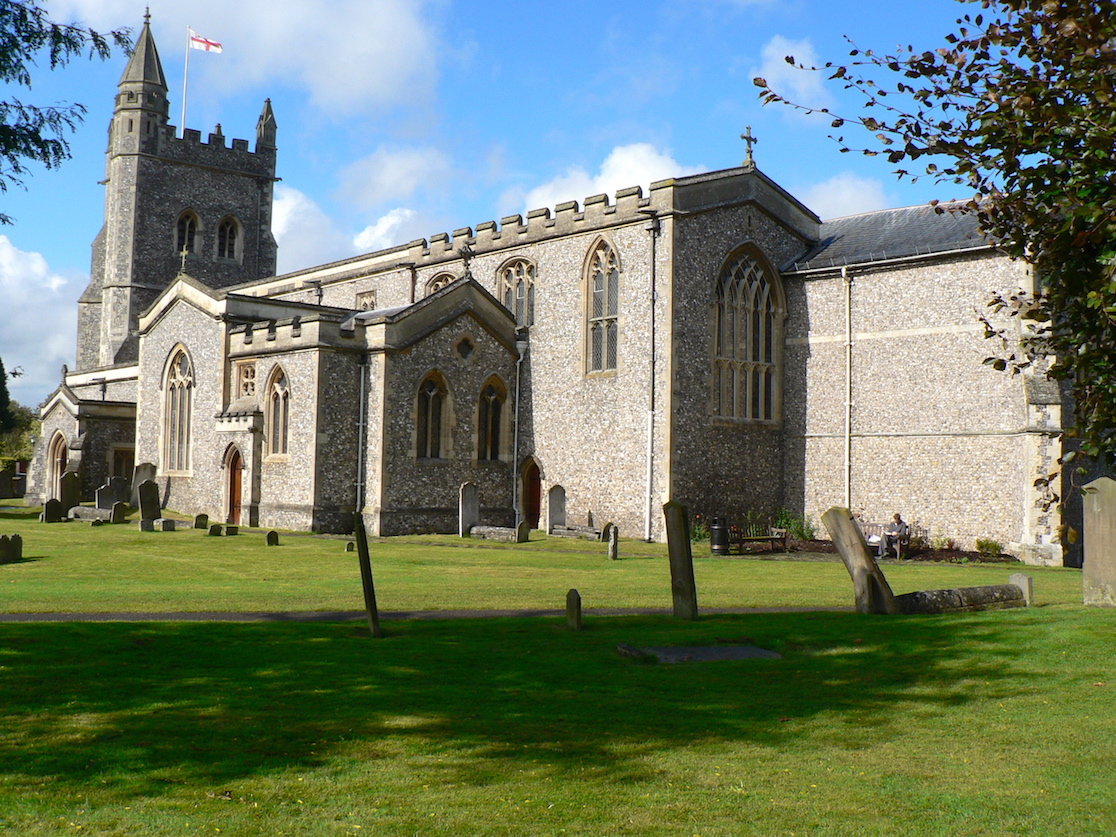