Church of St. Michael and All Angels, Hughenden

St Michael and All Angels Church is a Grade: II*-listed church in the Hughenden Valley, near to High Wycombe. It is closely associated with the nearby Hughenden Manor and the former Prime Minister of the United Kingdom, Benjamin Disraeli, who is buried in the churchyard.

According to early records, a church existed on this site in the 12th century, built by Geoffrey de Clinton between 1100 and 1135. Monks established a small priory here in the building which is today used as a parish hall, Church House. The church itself is mediaeval in origin and this original building now forms the chancel and north chapel of the present building.

In 1848 Benjamin Disraeli purchased Hughenden Manor. The church was restored and extended between 1874 and 1890. Disraeli was British Prime Minister twice, in 1868 and 1874–80, and was made Earl of Beaconsfield in 1876. He died in 1881 and was buried in the family vault along with his wife Lady Beaconsfield (died 1872) which is located at the west wall of the church. 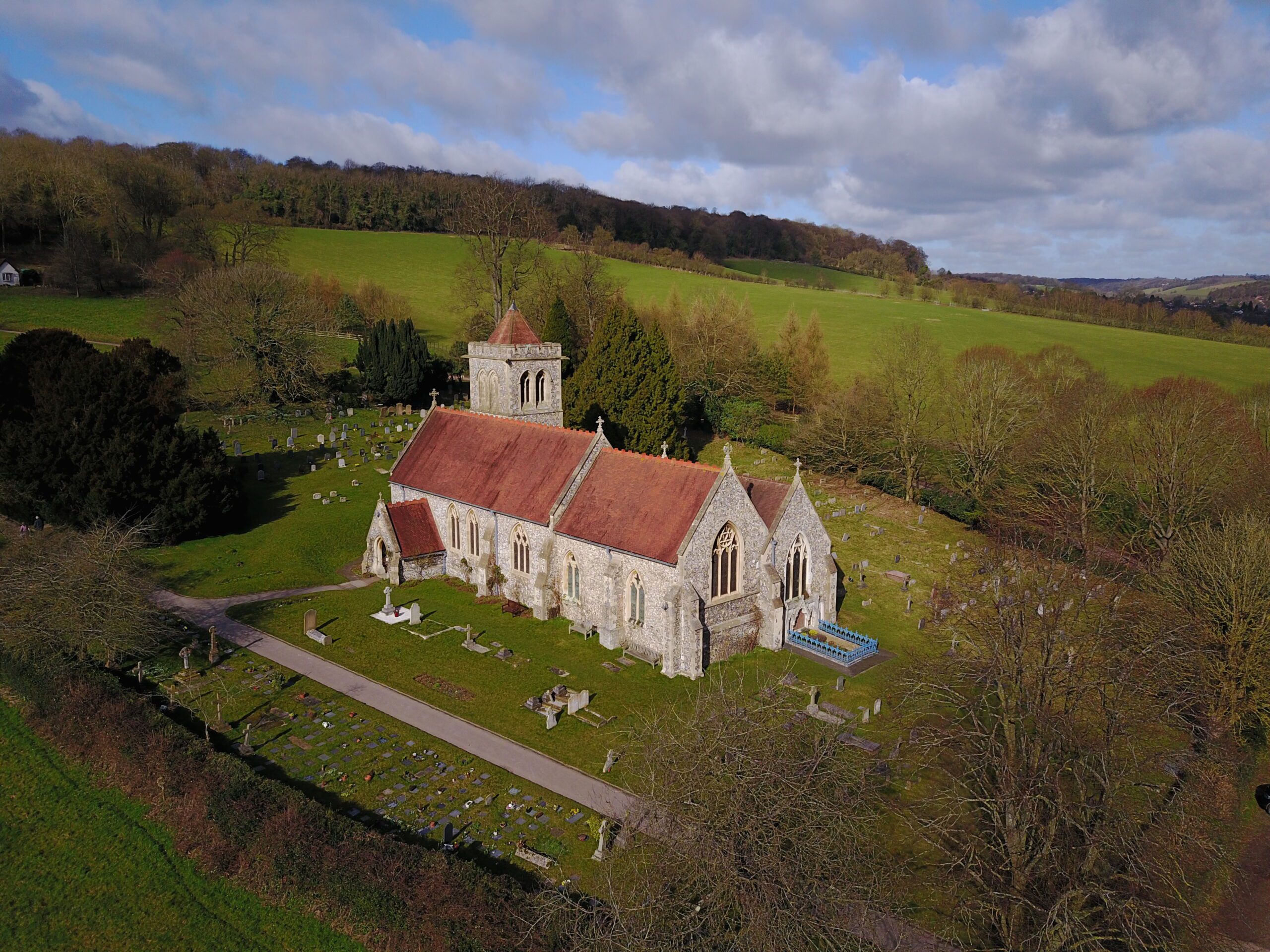