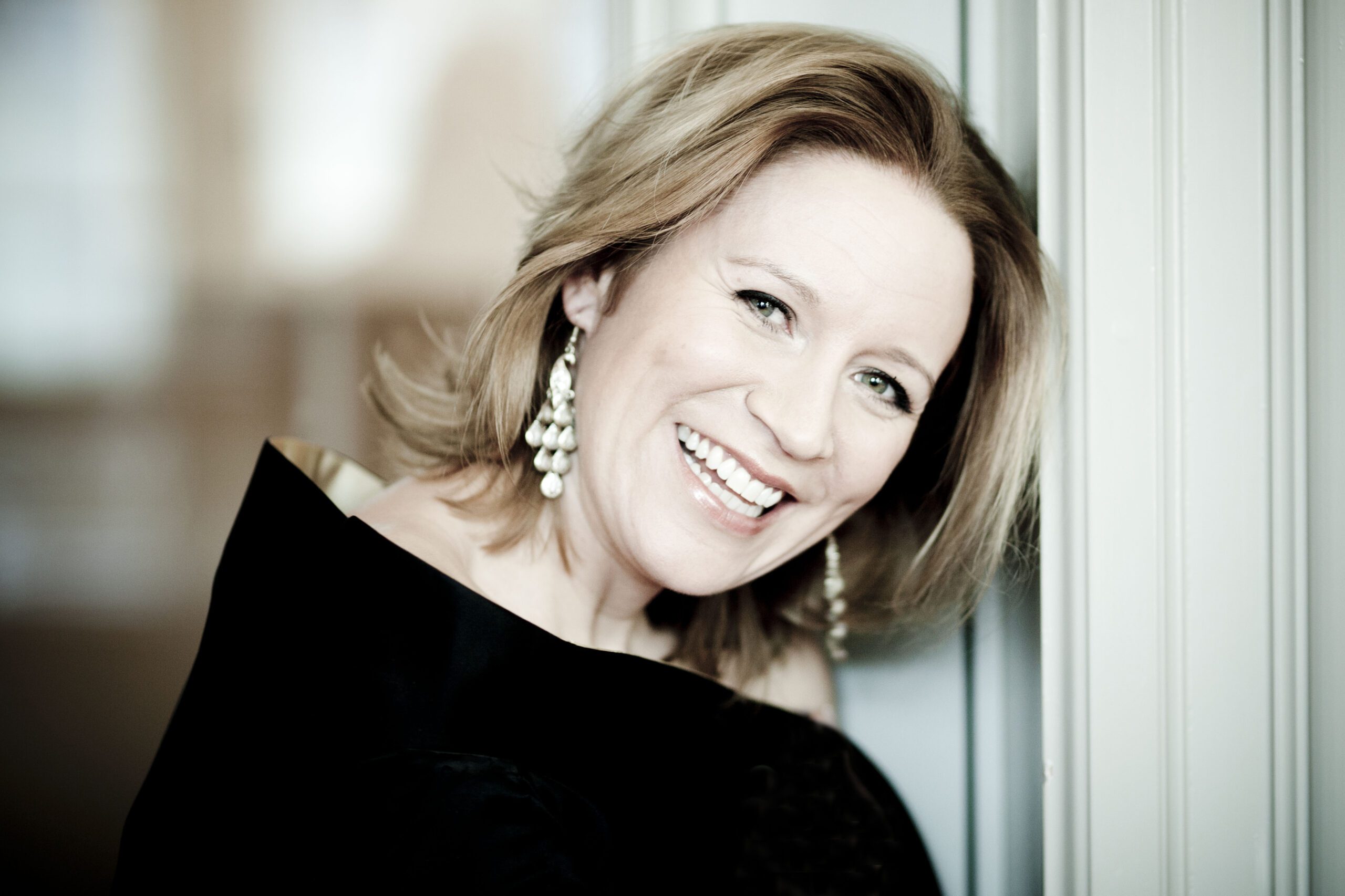 Equally at home on the concert and opera stages, Carolyn Sampson has enjoyed notable successes in the UK as well as throughout Europe and the US.

On the opera stage her roles for English National Opera have included the title role in Semele and Pamina in The Magic Flute. For Glyndebourne Festival Opera she sang various roles in Purcell’s The Fairy Queen, now released on DVD. Internationally she has appeared at Opéra de Paris, Opéra de Lille, Opéra de Montpellier and Opéra National du Rhin. She also sang the title role in Lully’s Psyché for the Boston Early Music Festival, which was released on CD and was subsequently nominated for a Grammy in 2008.

Carolyn Sampson’s numerous concert engagements in the UK have included regular appearances at the BBC Proms and with orchestras including The Orchestra of the Age of Enlightenment, The English Concert, Bach Collegium Japan, Britten Sinfonia and The Sixteen. She is a frequent guest with the Hallé and has performed with City of London Sinfonia, Scottish Chamber Orchestra, Royal Liverpool Philharmonic and City of Birmingham Symphony Orchestras.

Carolyn has built up a partnership with the pianist Joseph Middleton over recent years. Her debut song recital disc, ‘Fleurs’, with Joseph was nominated in the solo vocal category of the Gramophone Awards.

Joseph specialises in the art of song accompaniment and chamber music and has been highly acclaimed within this field. Described in the BBC Music Magazine as ‘one of the brightest stars in the world of song and Lieder’, he has also been labeled ‘the cream of the new generation’ by The Times and ‘a perfect accompanist’ by Opera Now. He performs and records with many of the world’s finest singers in major music centres across Europe, the Americas and Far East.

Joseph is Director of Leeds Lieder, a Professor at his alma mater the Royal Academy of Music, and holds the position of Musician in Residence at Pembroke College Cambridge, where he curates an imaginative song recital series as well as directing the University’s Lieder Scheme. In 2016 he became the first accompanist to win the Young Artist Award at the Royal Philharmonic Awards – the highest recognition for live classical music-making in the United Kingdom.

“Those of us who rejoice in the crystalline beauty of Carolyn Sampson’s interpretations of Bach, Handel and Purcell will welcome this bouquet of songs on a floral theme… Highly recommended. ★★★★★” – THE GUARDIAN

Why not start your afternoon by exploring Amersham Old Town?

The Chiltern Walking Festival culminates on Sunday 1st October with a delightful circular walk around Amersham Old Town, starting at 2.30pm and lasting around one and a half hours. Perfect timing to rest your legs and find something to eat before the concert! Click here to find out more about the Chiltern Walking Festival, and to buy walk tickets.

What’s in a name? That which we call a rose by any other name would smell as sweet.