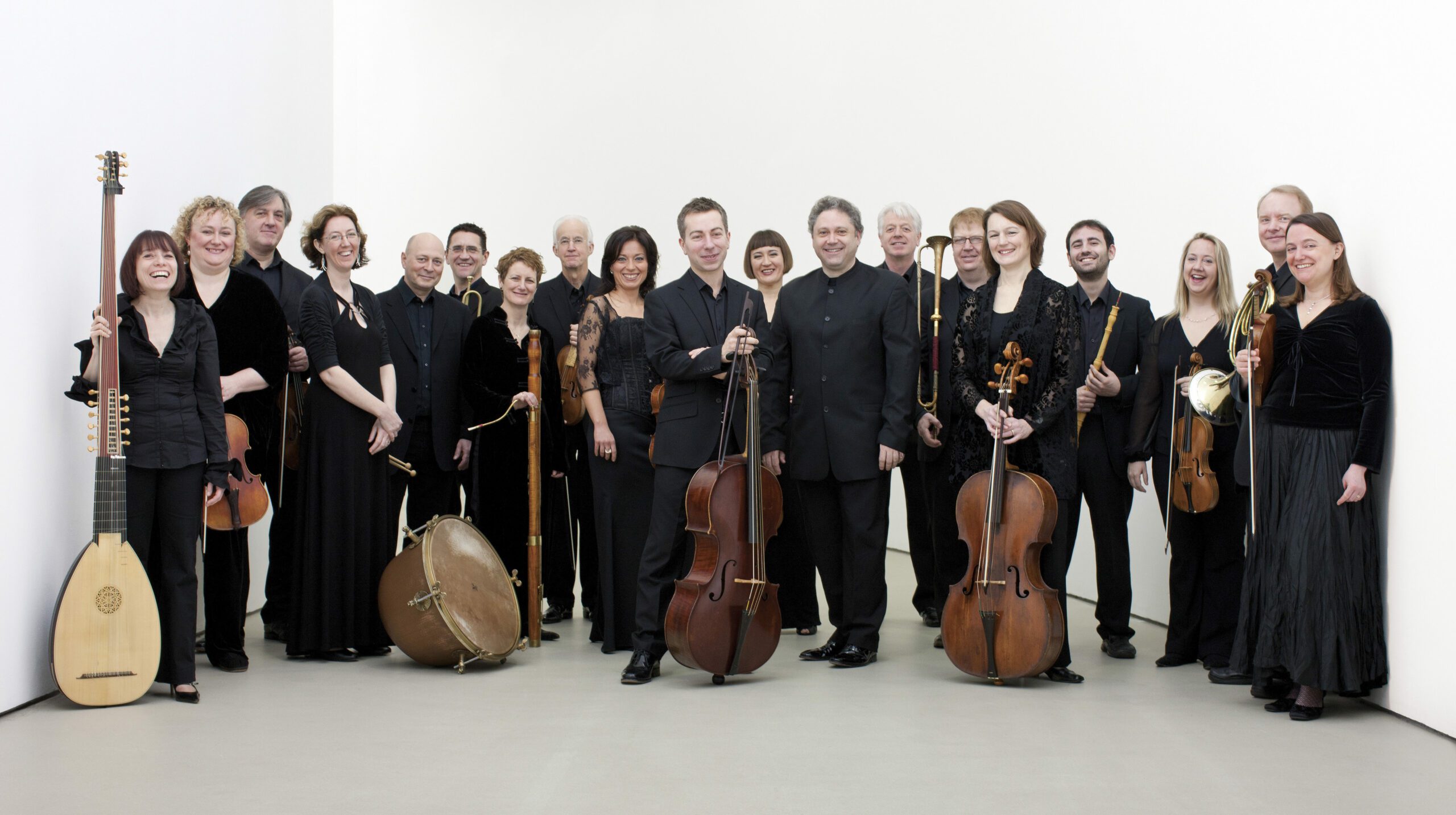 In this concert marking the 250th anniversary of Telemann’s death, soloists from the Academy of Ancient Music perform some of the greatest music by these joint pillars of the German baroque.

Though Telemann may now languish in the shadow of his contemporary and close friend JS Bach, during his lifetime Telemann was regarded as the far more talented composer. (Offered the position of Cantor at St Thomas’ Leipzig ahead of Bach, the authorities felt short-changed when Telemann turned them down and Bach was appointed). One of history’s most prolific composers, Telemann’s music was extremely popular and influential until the 19th century when his reputation fell into obscurity. Showcasing some of Telemann’s finest works alongside two of bach’s beloved Brandenburg concertos, here we give this wonderful composer equal billing with his more celebrated peer.

The Academy of Ancient Music (AAM) is a period-instrument orchestra based in Cambridge, aiming to energise baroque and classical music by getting back to the style and spirit in which this music was first performed.

Their performances explore the soundworlds which inspired Bach, Handel and Haydn. They revel in the expressive power of old instruments — flutes made out of wood, trumpets without valves, strings woven from gut. The size of the orchestra is tailored to the unique character of each piece, and each one of the musicians (“the superstars of the period-instrument world”, as they were recently described) takes a key part in the music-making. Historical knowledge inspires new musical possibilities; artistic creativity makes these possibilities come alive.

“Frankly exquisite string playing from the Academy of Ancient Music…brought an elegant freshness which was truly beautiful. The lithe, dynamic lines… positively gleamed with a tangible sense of fun… played with flourish and superb control.” – BACHTRACK
+ Google Calendar+ Add to iCalendar